We are fighting fossil fuels! 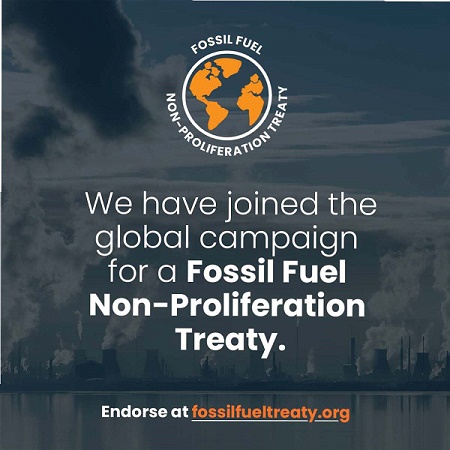 This content has been archived. It may no longer be relevant

Lewes Town Council has resolved to affirm its commitment to the goals of the Paris climate agreement and endorse the Fossil Fuel Non-proliferation Treaty.

The evidence of changes in the UK climate are already being felt, with likely impacts here in Lewes, such as hotter/drier summers resulting in agricultural and small-holding losses, and warmer/wetter winters resulting in flooding.

Our youth and future generations have the most to lose from a lack of immediate action to stop fossil fuel expansion as they face major and lifelong health, ecological, social, and economic impacts from prolonged and cumulative effects of climate change, including food and water shortages, illness and disease, and natural disasters.

Unfortunately, while there is of course much to commend in the Paris Climate Agreement, it is silent on coal, oil and gas, an omission with respect to the supply and production of fossil fuels (the largest source of GHGs) that needs to be collectively addressed by other means.

Councillors recognize that it is the urgent responsibility and moral obligation of wealthy fossil fuel producers to lead in putting an end to fossil fuel development and to manage the decline of existing production, and for democratic representatives to lead and support such change wherever possible in their jurisdiction.

In endorsing the Treaty, Lewes Town Council will be in the forefront of forward-thinking towns and cities, transparently and openly affirming commitment to the goals of the Paris Climate Agreement and the GHG reduction targets as called for by the IPCC.

At the same time, global governments and the fossil fuel industry are currently planning to produce about 120% more emissions by 2030 than the level needed to limit warming to 1.5°C and avert catastrophic climate disruption. We should also note that the fossil fuel industry is currently claiming over 50% of COVID recovery funding from senior levels of government in the G20, thereby siphoning away recovery funding badly needed by towns, cities and other industries.