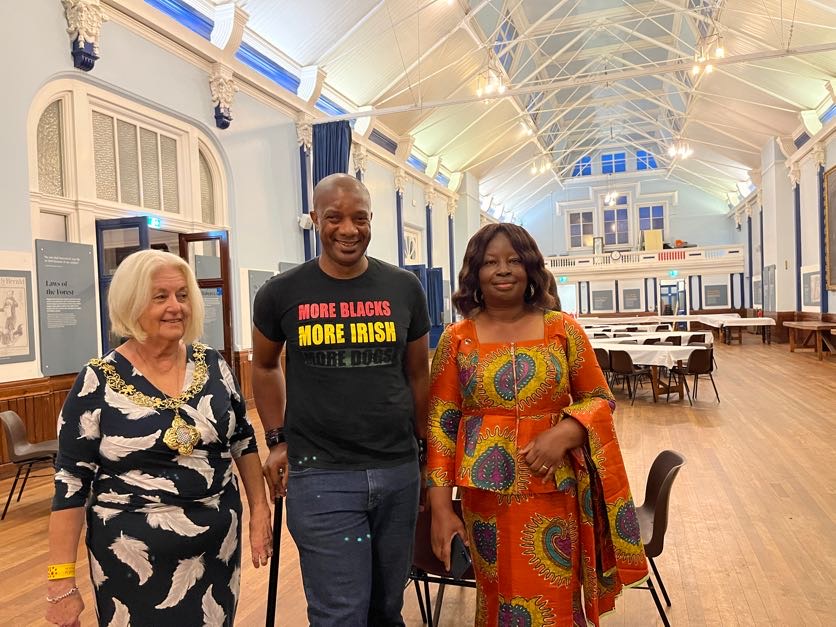 On Sunday October 30, the Mayor of Lewes hosted the closing event for the Black History Month celebrations in the town.

The event, at Lewes Town Hall was titled Time for Change: Action Not Words and was a free evening of reflection, discussion, and celebration as we approach the end of Black History Month, supporting the theme for Black History Month in 2022.

Councillor Dr Janet Baah, the MC for the evening, welcomed special guest poet and activist Rick Dove, who spoke about the need for Black History Month to “fold into” British history in general as well as reading some of his most well known poems.

This was followed by a panel discussion hosted by Patrick Nyikavaranda, a director at Diversity Resource International, an organisation who worked with Lewes Town Council to put together the event. The panel consisted of a group of “young leaders”: Brighton-based poet/spoken word artists and activists Priss Nash and Aflo the Poet were joined by Lewes-based Vandu Languages‘ Deputy Director Aaron Clarke. 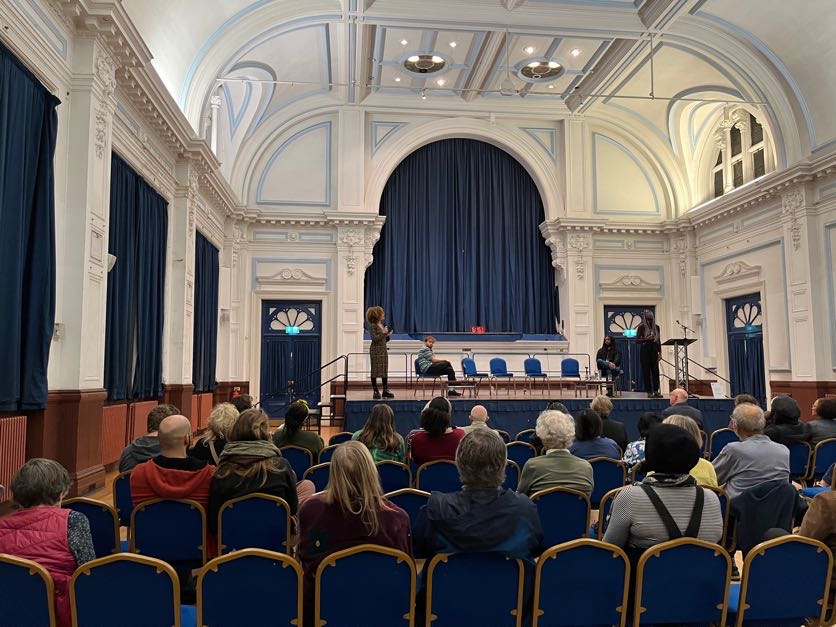 Reflecting on the theme of Time for Change, the panel spoke about the ways Black History Month has changed since its inception in the 1980s. All three panelists had grown up with Black History Month in the calendar, and spoke passionately about the need for evolution and “creative ways to engage” with the month, and the necessity of linking it with education, so that organisations aren’t just reacting to the time of year, but thinking about celebrating Black and BAME histories as part of British culture as a whole.

The audience was treated to a Jamaican jerk chicken meal at the interval, and the event culminated with an invigorating drumming performance. Black-owned business takegoodcare.co.uk sponsored the event, and representatives from Sussex Police held a stall to engage with the community, giving advice on keeping safe and reporting hate crime.